New Life for the Small Basilica in Plovdiv 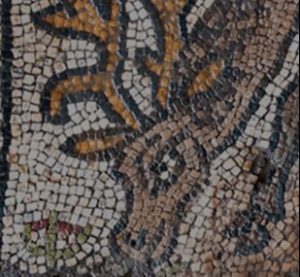 In Christian art, a stag is associated with the soul’s longing for salvation and is often found near baptismal pools as a symbol of the soul’s desire for purification.  Stags crave water just like Christians crave faith.  This sumptuous 6th Century AD mosaic made of marble, pebbles, ceramics, and glass is from the recently restored Small Basilica in Plovdiv.

During the construction of an apartment block in 1988, the ruins of the early Christian church were accidentally discovered. The site was abandoned and left for years in continued oblivion until 2010 due to the initiative and financial support of the America for Bulgaria Foundation, the Ministry of Culture of Bulgaria and the Plovdiv Municipality. An intensive three-year conservation effort to restore the mosaics took place under the supervision of Associate Professor Elena Kantareva-Decheva.

In 2013, the mosaics were returned “home” to the Small Basilica, and the tiles left in situ were cleaned and displayed to their former glory.  The Small Basilica Archeological Museum was opened to the public in 2013 and soon won national recognition as Building of the Year in the ‘Cultural Heritage’ category.

To learn more about the Small Basilica in Plovdiv: Click Here

This website uses cookies to improve your experience while you navigate through the website. Out of these, the cookies that are categorized as necessary are stored on your browser as they are essential for the working of basic functionalities of the website. We also use third-party cookies that help us analyze and understand how you use this website. These cookies will be stored in your browser only with your consent. You also have the option to opt-out of these cookies. But opting out of some of these cookies may affect your browsing experience.
Necessary Always Enabled

Any cookies that may not be particularly necessary for the website to function and is used specifically to collect user personal data via analytics, ads, other embedded contents are termed as non-necessary cookies. It is mandatory to procure user consent prior to running these cookies on your website.