After 17 Centuries, Bishop’s Basilica of Philippopolis Is Open Again 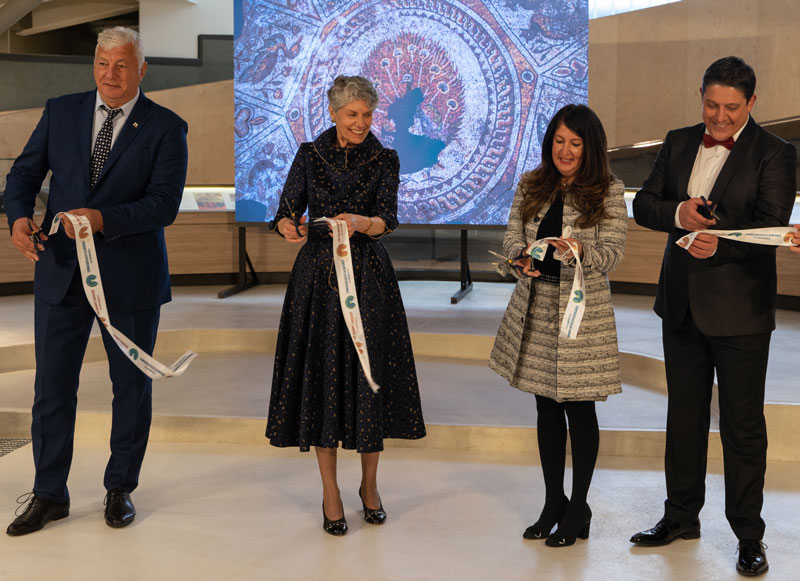 The Bishop’s Basilica of Philippopolis is welcoming visitors again.

Due to the pandemic, the event was livestreamed online, and attendance was scaled down to include representatives of Plovdiv Municipality, ABF, and Ancient Plovdiv Institute.

Sunday’s ribbon-cutting was the culmination of a seven-year effort brought about through a public-private partnership between the America for Bulgaria Foundation, Plovdiv Municipality, and the Bulgarian Ministry of Culture as well as the support of dozens of businesses and countless volunteers. This tribute video acknowledges the many individuals and organizations that helped bring this remarkable site back to life.

“Today is a day for gratitude to everyone who lent support and worked so that the Basilica would become an integral part of modern Plovdiv. Today we unveil a remarkable cultural center, which will undoubtedly become our city’s new major attraction,” said Mayor Dimitrov.

“This basilica is a crowning achievement in the efforts to preserve Bulgaria’s beautiful mosaics… We are proud that the United States has been investing in Bulgaria’s cultural heritage preservation for many years through the work of the America for Bulgaria Foundation and through the Ambassadors Fund for Cultural Preservation,” Ambassador Mustafa said.

“I first visited the Basilica site in 2015. I was told of the wonderful mosaics that lay hidden under layers of overgrown weeds, but I couldn’t imagine the richness of the ancient treasures… until mosaic restorer Elena Kantareva brought out a shovel and broom to reveal a colorful mosaic depicting a bird. In that moment, I became an enthusiastic supporter of the project and a frequent volunteer. I have often been joined by members of the America for Bulgaria Foundation team and its Board of Directors. This has truly been a community effort. Together, let’s make sure Bulgaria’s treasures are known the world over,” said ABF President Nancy Schiller.

The Bishop’s Basilica of Philippopolis is the largest early Christian basilica found in Bulgaria. It was likely built at the end of the 4th or the beginning of the 5th century, shortly after Christianity was legalized in the Roman Empire. The first mosaic layer dates back to this period, with the second layer laid in the 5th century. In addition to the mosaics, a large stone inscription from the 3rd century was discovered, answering important questions about the pre-Christian history of the site.

The remains of the Basilica were discovered by accident during construction work in the 1980s. Due to a lack of funds, however, the Basilica was not fully uncovered and studied until the 2010s, when the America for Bulgaria Foundation threw its support behind the project.

The Bishop’s Basilica and the mosaic heritage of Philippopolis were included in the Tentative List of significant cultural and natural heritage sites of UNESCO in January 2018.

This website uses cookies to improve your experience while you navigate through the website. Out of these, the cookies that are categorized as necessary are stored on your browser as they are essential for the working of basic functionalities of the website. We also use third-party cookies that help us analyze and understand how you use this website. These cookies will be stored in your browser only with your consent. You also have the option to opt-out of these cookies. But opting out of some of these cookies may affect your browsing experience.
Necessary Always Enabled

Any cookies that may not be particularly necessary for the website to function and is used specifically to collect user personal data via analytics, ads, other embedded contents are termed as non-necessary cookies. It is mandatory to procure user consent prior to running these cookies on your website.